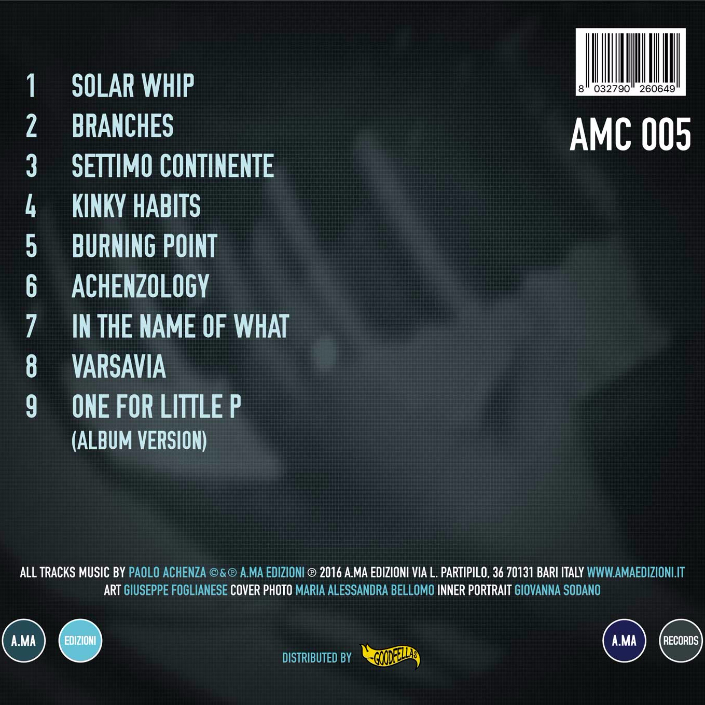 So said Paul Kantner, who together with Jefferson Airplane was one of the bards of the period. Of that 'state of mind' not much remains: a handful of songs, some TV spots, the stripped walls of Haight-Ashbury's Victorian houses where bloomed San Francisco's exotic, acid-fuelled culture.

But now, after fifty years, here and there in the Western world there are signs of a revival.â€¨It won't be easy to recreate Allen Ginsberg's 'flower-power', with its ideals of non-violence and counter-culture, at a moment in history dominated by social media and X-Factor.â€¨What is sure, however, is that the music of that period, with its rule of not having rules, continues to influence those who want to keep on dreaming, shunning stereotypes and superficial trends. So if we need to label Paolo Achenza and his band's new album, 'Branches', we must recall the ideal of shared musical meaning, something that goes beyond the simple rehearsal of superficial aesthetic attitudes and recreates a sense of mutual involvement. Some may think that the funk of this album has no connection with the sound of the sixties, forgetting that on December 20, 1966, Otis Redding enchanted the young hippies of Fillmore with his voice. What is important for Paolo Achenza is the spirit of those years; the poetry of Richard Sinclair's voice (Caravan, Hatfield And The North) in the title track and the sitar of Francesco Walsh in Solar Whip are evidence in sound of what we want to express. The rest of the album is pure energy. Listening is believing!

Nikaleo: Voice on In The Name Of What

Vito Scavo: Trombone on 7°Continente, Kinky Habits Burning Point, Achenzology, In The Name Of What & Varsavia

Donny Balice: Trumpet on 7°Continente, Kinky Habits Burning Point, Achenzology, In The Name Of What & Varsavia

Antonio Martino: Words on Branches & In The Name Of What

This album is dedicated to Paolino & Caterina and all the branches of our lifes.

Paolo Achenza 4 Plus and A.MA Records Thank Richard Sinclair for his precious help and longlasting friendship. Together with Alberto Parmegiani and Nikaleo.

A Special thank goes to Umberto Calentini, Enzo Bacco and Tullio Ciriello for their patience.